So Big O was looking over his schedule for the next two weeks and saw that he's on the hook for several pretty big speeches. Next week, we'll be beamed live into every public school classroom across America. It's true that this has been done before in places like the Soviet Union, China, North Korea and Venezuela, but this will be a first here in the U.S. and we can't be prouder to be the first administration with the TV programming chops to pull it off.
The program will go like this: after the students sing Big Guy's song, he will talk to them about the importance of health care and how if we don't have universal, government-managed care, all of their parents will die and the kids won't have any candy or allowance. This isn't a scare tactic. It's an age-appropriate and verifiable fact from the Office of Management and Budget. And just to perfectly clear, this won't come off as overly threatening, because Elmo will be sitting on Big Guy's desk signing the speech. It could be worse, we could have Joey B doing the signing. 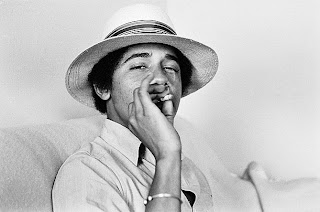 Then, once again, Big Guy and I will be going up to Capitol Hill on September 9th to make a nationally televised speech before a joint session of Congress. Big Guy was a little confused about this event. He saw the title, "Chronic State of the Health Care Debate" and "joint session" on the briefing document and thought he was going off with his "green" adviser Van Jones for what we in the Oval call a "policy briefing."
Toes said those "policy briefings" weren't going to be happening as often as they have been, since that's where we hatched the whole idea for national health care in the first place.
Posted by TOTUS at 1:39 PM