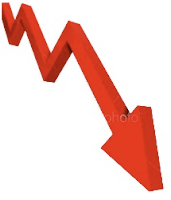 Perhaps you've heard that here at the White House, we're all about change. Well, after yesterday's briefing on the economy, Big Guy and Toes had had enough. Change in the economy isn't coming fast enough. So we're going to do what we should've done five months ago: change the name of the economy and start from scratch.

We've put a trademark and patent request in for the "Oconomy." This way, Big Guy won't be bound by any of the old, tired, overused terms and indexes to measure America's oconomy. And best of all, it's named after him, like a cool brand name.

Big Guy plans on announcing the launch of the Oconomy next week. We'll have a website, a Twitter account, a Facebook page for people to go to get smart and involved about the Oconomy. And we'll have a store with caps, t-shirts, wallets and fancy tennis shoes that people can buy to boost the Oconomy.

Why is this such a big deal? Because it's about the Oconomy, stupid.
Posted by TOTUS at 1:47 PM